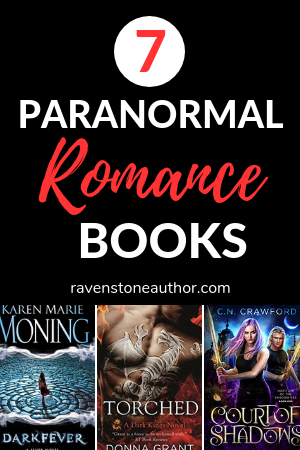 Paranormal romance books are a fun blend of romance, mystery, science fiction, and horror. Sometimes a novel’s only a couple of those, and sometimes it’s a genre-smashing mix.

Check out a few of these paranormal romances (includes publisher’s description): 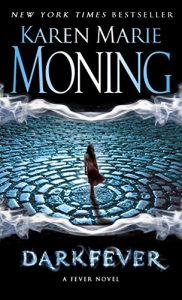 MacKayla Lane’s life is good. She has great friends, a decent job, and a car that breaks down only every other week or so. In other words, she’s your perfectly ordinary twenty-first-century woman. Or so she thinks . . . until something extraordinary happens.

When her sister is murdered, leaving a single clue to her death—a cryptic message on Mac’s cell phone—Mac journeys to Ireland in search of answers. The quest to find her sister’s killer draws her into a shadowy realm where nothing is as it seems, where good and evil wear the same treacherously seductive mask. She is soon faced with an even greater challenge: staying alive long enough to learn how to handle a power she had no idea she possessed–a gift that allows her to see beyond the world of man, into the dangerous realm of the Fae. . . .

As Mac delves deeper into the mystery of her sister’s death, her every move is shadowed by the dark, mysterious Jericho, a man with no past and only mockery for a future. As she begins to close in on the truth, the ruthless Vlane—an alpha Fae who makes sex an addiction for human women–closes in on her. And as the boundary between worlds begins to crumble, Mac’s true mission becomes clear: find the elusive Sinsar Dubh before someone else claims the all-powerful Dark Book—because whoever gets to it first holds nothing less than complete control of the very fabric of both worlds in their hands. 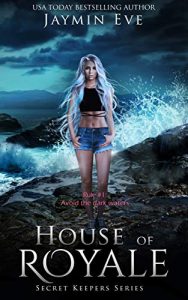 Avalon has always felt different and alone. The ocean, along with the friends she’s made under the water, is the only constant in her life. She comforts herself with the notion that alone is at least safe. There’s no one to hide her extraordinary abilities from, to hide her dreams of living beneath the crashing waves forever.

Then Xander comes for her, reluctantly, judging by his snarly attitude. But, attitude aside, he draws her into a fantasy world, one filled with family and friendship and … the home she’s always craved.

He gives her the smallest glimpse of perfection, only to then inform her that it’s not a world she can have. Political issues in Royale will make her time there temporary.

Her time in Royale and with Xander.

She will stay until the very end, though. If there’s one thing that she’s determined to prevent, it’s Laous getting his hands on the starslight stone. A stone which is keeping two worlds alive and functioning.

A happily ever after might not be in the cards for her, but she’s determined to make it happen for her friends.

Even if it’s the last thing she does.

Don’t miss the stunning conclusion to the Secret Keepers series.

Court of Shadows by C.N. Crawford 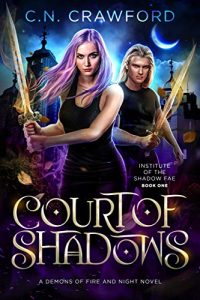 A girls’ night out means three things to me: drinking whiskey with my best friend, trying not to kill anyone, and keeping my magic hidden. A fae gladiator like me isn’t supposed to exist anymore.

But my Friday night takes a bad turn when a lethally gorgeous fae–Ruadan–tries to assassinate me. He’s known as the Wraith, and he’s taken a vow of silence until he’s slaughtered the outlaws on his kill list. Outlaws like me.

Ruadan lets me live on one condition: I have to earn my place at the Institute of the Shadow Fae. As a powerful fighter, I can take the competition.

But things fall apart when I’m given an impossible choice: betray my mentor Ruadan, or my best friend dies. Now, I face a quandary my gladiatorial past did not prepare me for.

This book is from the Demons of Fire and Night world. 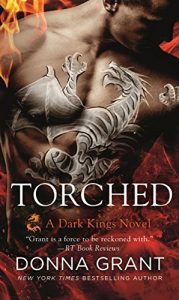 The stakes are raised and the passion burns hotter in one of the most anticipated Dark Kings novel from New York Times bestseller Donna Grant.

The King of Silvers. Cunning, perceptive, resourceful. Determined. Banished from Dreagan eons ago because of a betrayal that shattered his entire existence, his sole focus in life is to exact revenge against the Dragon Kings. A formidable fighter with centuries of rage on his side, Ulrik will stop at nothing to take down those who exiled him.

He has been alone, trusting no one for thousands of years. Until she walks into his life. He should not yearn for her, but there is no stopping the fiercely burning attraction. When he’s with her, he isn’t thinking of war or revenge. He only thinks of her, craves her. Burns for her. But soon he will be forced to choose: Will he continue on his course of destruction or will he be able to set aside his vengeance to save the woman who risked everything for him. 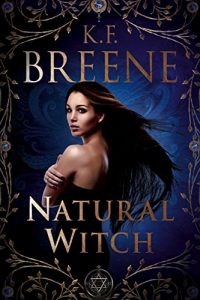 Something has always been missing from my life. A hole that I could never seem to fill.

When I accidentally turn a coven of witches into nightmares, I find out what that something is.

And it turns out, I have a crap load of it.

As a latent power awakens deep inside of me, I’m exposed to one of the most powerful and corrupt organizations in the magical world—the Mages’ Guild.

Barely knowing a spell from a few swear words and luck, I won’t be able to evade them alone.

And that’s when I meet him.

The Rogue Natural. The best and most feared mage in the world.

He’s dangerous, mysterious, and has a vendetta of his own. He is now the only thing between me and magical enslavement.

For the Hope of a Crow (Red Dead Mayhem Book 1) by T.S. Joyce 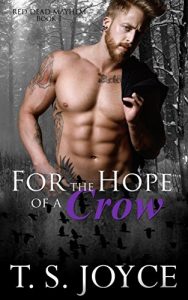 Ramsey Hunt is caught in a spiral no one can save him from, and he’s taking his entire Clan of crow shifters down with him. A broken mating bond has him going insane, and all he can do is try to hold onto his Alpha position as long as possible. But when a spirited beauty comes waltzing into his MC’s clubhouse demanding an audience with him, he can’t help but think he’s dreaming her up. She’s got paperwork saying he’s her mate, and this shifter has one serious stubborn streak in her. All he wants to do is go insane in peace, but she isn’t having it. And now the real work begins. He’s got to sever one mating bond completely if he wants a shot at survival. And if this crazy plan works, he might just have a second shot at happiness too.

Vina wants a crow. She doesn’t care who they are, as long as their shifter animal is a crow. They mate for life and she’s tired of being pushed around by the men she dates. So when a crow comes up on the shifter matchmaking service she applied for three years ago, she has a good feeling her stars are about to change. That is, until she meets Ramsey. The half-crazed Alpha of the biggest, baddest Clan of crow shifters in existence isn’t going to make pairing up easy. And the more Vina gets to know him, the more she thinks it wasn’t him who signed up for a mate after all.

And now Vina has two choices—cut and run from the storm coming for the Red Dead Mayhem Clan, or dig her heels in and rip that old mating bond out of Ramsey. Up until now, no one has appreciated her, but what if…just what if…she could be the one to save the crows?

Shoot the Messenger by Pippa DaCosta 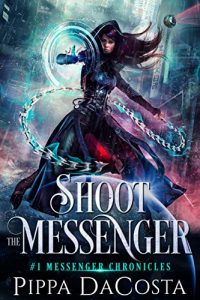 A new space fantasy series where the guys are hot, the perils are many, and one rebel messenger holds the key to the survival of the human race.

Lies aren’t her only weapons against the fae…

In the Halow system, one of Earth’s three sister star systems, tek and magic—humans and fae—are at war.

Kesh Lasota is a ghost in the machine. Invisible to tek, she’s hired by the criminal underworld to carry illegal messages through the Halow system. But when one of those messages kills its recipient, Kesh finds herself on the run with a bounty on her head and a quick-witted marshal on her tail.

Proving her innocence should be straightforward. Until a warfae steals the evidence she needs. The fae haven’t been seen in Halow in over a thousand years. And this one—a brutally efficient killer able to wield tek—should not exist. But neither should Kesh.

As Kesh’s carefully crafted lie of a life crumbles around her, she knows being invisible is no longer an option. To hunt the warfae, to stop him from destroying a thousand-year fragile peace, she must resurrect the horrors of her past.

Kesh Lasota was a ghost. Now she’s back, and there’s only one thing she knows for certain: Nobody shoots the messenger and gets away with it.